I am grateful that Jibby's has found a way to help us out with the mission of our group to conquer world hunger one block at a time. I stopped in at Jibby's with some fresh vegetables last night and had a chance to talk a little more with Jason Smith (weekend chef at Jibby's) about working out details to get shipments to Jibby's in a timely manner. I think it is just one of those things that time will take care of. After dropping off some more tomatoes, peppers, basil and green beans.... I asked Chef Jason if he could use some carrots and he concluded that he did not have time to peel the carrots tonight. I offered to dig some up and peel the carrots for him as I thought it would be a good chance to taste his recipe myself. I preceded to bring the carrots to Jibby to wash, peel and slice. I guess this is my style to get the job done one way or another.... I may be the only County Engineer in the State that occasionally replaces signs and sign posts if everyone is busy or on other assignments. I have not had to do this recently as we have a great sign replacement mechanic, Pat Seeley. Back to Jibby's.... I only got run over once in the kitchen as the door opened up into me as I was at the sink. A kitchen worker complimented my nice pickup truck that was sitting in the back door as I worked in the kitchen. I wonder if he thought that I drove a nice vehicle for a dish washer. Anyway, everyone was quite nice and they do work well as a team as I witnessed first hand. Doug Wilson worked as the Greeter and he knows how to make folks feel welcomed. SOOO! after getting the carrots prepared I decided to dine at Jibby's.

The bruschetta prepared with tomatoes from our garden was a wonderful surprise as I had never had it before and I know why they have been selling so much as an appetizer. I will get Jason's recipe as it is something that must be placed on our future recipe list for our website. I ordered a hamburger and honey glazed carrots from the community garden... they too were good. The green beans were fried up as a appetizer. 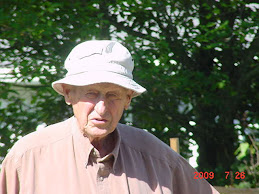 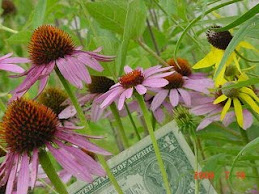